Brainstormin’ Productions worked with espnW, ESPN’s first business dedicated to serving female athletes and fans, to produce a series of video stories highlighting inspirational women as part of Journeys and Victories. This original digital series, sponsored by Venus and Secret, was designed to inspire a new generation of active women who love sports with stories that motivate and inspire them to commit to their goals. Brainstormin’ Productions produced twenty-four video vignettes for the series. Twelve videos that aligned with Journeys and highlighted the empowered woman: fearless; overcame obstacles; not afraid to try new things; and always challenging the status quo. The remaining twelve that aligned with Victories and highlighted the personal-best woman: remarkable accomplishments; moments of fulfillment; and athletic triumph not only for herself, but also for others.

For her work on the video, “Iraq Vet takes on Mount Kilimanjaro,” Storm won the 2012 Gracie Award® for Outstanding Individual Achievement – Producer– Entertainment. 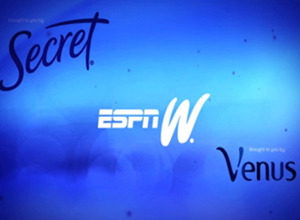 Marking Memories by the Mile– The story of Cecelia Kauth and her friends, and their 12-week bike tour across the country from Portland, Oregon to New York City to honor her father who was killed in the 9/11 attacks.

Iron Will– The story of cancer survivor, Maureen McGowen (will include link to video), and how her resolve to beat the disease introduced her to the world of triathlons. Her dedication to the sport, and to her team, helped her brother, Don, stay strong during his own battle with cancer.

Just for Kicks– The story of Danielle Resha, the first and youngest female to ever play for the Boston Ravens, the oldest semi-professional football league in the country.

A Fighting Spirit– The story of Maureen “Moe” Shea and her calling to be in the boxing ring. After surviving an abusive relationship in her teens, she turned to boxing as an emotional outlet and as a method of protecting herself.

Iraq Vet Takes on Kilimanjaro– The story of Iraq vet, Nancy Schiliro’s seven-day hike up Mount Kilimanjaro and how she regained her confidence after a serious injury during her deployment caused her to lose an eye.

On the Ball– The story of UCONN freshman Women’s basketball star, Kaleema Mosqueda-Lewis (nicknamed the “shot magnet” by her teammates), and her stuggles to get comfortable with the pressures that come with being so good.

On Point for London– The story of Ibtihaj Muhammad, the first American Muslim to compete for the United States International competition in Fencing, without sacrificing her faith.

Race With a View– In a sport obsessed with mile splits and personal records, it’s surprising to hear marathoner Kelly Hansen describe her race times as meaningless. “I’m slow,” she admitted. “But I don’t do it for a time goal.”

Pat Genovese the Title Character of Lacrosse– You could say Pat Genovese came of age at just the right moment, as she graduated from Cortland College in 1971. Her passiona ws sports, and with the passage of Title IX in 1972, suddenly a world of opportunity opened up for young collegiate women to pursue their athletic dreams.

Failure Not an Option– Beverly Kearney’s storied career spans more than three decades — first as an athlete and contender at the Olympic trials, then as an elite track and field coach at the University of Texas, where she began coaching almost 20 years ago, in 1993.